Nora Hamerman. An Early Setting of Schiller's "Ode to Joy"

Many Americans may know Germany's  national  poet of fr eedom, Friedrich Schiller, only through the musical setting of a  part of his most famous poem, the "Ode to Joy,"  as  the choral finale of Ludwig van Beethoven's Ninth Symphony. Beethoven's setting is so sublime - and Beethoven himself acknowledged that he consider  setting the poetry of Schiller an almost impossible task - that any other music for  this great hymn to universal human brotherhood under a benevolent Creator seems out of place today.

Yet, from the very  year in which it  was first printed, 1786, the "Ode to Joy" ("An die Freude") began to be sung to various musical accompaniments, in the enivronment of the "house music" that flourished around Schiller, his fellow poet Goethe, and their companions at the height of the German Classic period in the late eighteenth and early nineteenth century.

German lieder are today so much a  part of the  recital repertoire and the recording industry, that we forget that these songs were not mainly intended by the Classical composers for  professional singers, but rather for  the many ordinary  citizens who shared a knowledge of beautiful singing and a  basic technical command that are lost even to many professionals today.

Schiller's poem was set out with alternating verses and choral refrains, a  format adhered to  by most of the early composers, until Beethoven  dared to reshape  it. Written in 1785, the  poem was published  in Schiller's review Thalia in 1786; that same year, a composer named J. Chr. Müller set it to music. By 1800 there were at least twenty  different composers whose versions of "An die Freude" survive today, and of these, some did several different variants.

In 1797 an otherwise unknown, Haydnesque composer with the name (or pseudonym) of Tepper von Ferguson published, in a   limited subscription edition in Berlin, a grandiose choral version of "An die Freude" with fo ur soloists, chorus, and with each verse and its refrain set as a separate movement, complete with changes in key and tempo, and beginning with a  bass solo - in these respects a curious and perhaps unique fo retaste of Beethoven's much later choral symphony. (The printed version has a  keyboard accompaniment which might be a  reduction of a  lost orchestral score.)

Beethoven was already contemplating the task of setting the poem, as  we know from a  letter written in 1793 when he was only twenty-three. In November 1799, for  Schiller's fortieth birthday, the Berlin composer and music  publisher J. C. F. Rellstab put out a  collection of six settings of "An die  Freude,"  reprinted as the Intelligenzblatt of the  Leipzig  General Music Review. Besides a  version of his own, Rellstab included one by J.  Fr. Reichardt, a  composer at the Berlin court who often antagonized Goethe and Schiller, but whose many songs setting Schiller's poems greatly helped to popularize Schiller in the first decade of the nineteenth century. The collection also included an anonymous tune which, before Beethoven, was destined to become the most famous setting, and continued to be sung throughout the last century.

Indeed, in 1805, when Beethoven first produced his opera Fidelio, he used the theme of the last line of that popular version of "An die Freude" as   the basis for the choral finale, when the chorus of prisoners and townspeople unite to sing "Wer ein holdes  Weib errungen, stimm in  unserm Jubel ein" ("Who e'er a lovely wife has won, chime in with our jubilation!").  Any German listener of that era would have recognized the nearly identical words of the  second stanza of Schiller's ode, "Wer  ein holdes Weib  errungen, mische seinen Jubel einl". This chorus in Fidelio can therefore be considered the first major attempt by Beethoven to set "An die Freude", which is highly appropriate, since the whole opera is a tribute to Schiller's  ideals.

The anonymous tune was so popular that it was published again in Berlin in 1800 in English (!) as one of "Twelve  Favorite Songs." Unfortunately, we were unable to inspect this edition and cannot comment on the quality of the translation.

Thirty years after Beethoven first mentioned his desire to compose the "Ode to Joy," and nearly twenty years after he began working  on his opera Fidelio in 1803, there appears in his sketches for the Ninth Symphony, a line of music in the bass clef with the words, "this it is, Ha now it is found," followed by "Freude, schoner", under the opening notes of the choral  theme. Beethoven had finally found exactly the right line of music to express the developmental possibilities of Schiller's concept of joy.  Like the folk-tune which he had earlier adapted for the great choral finale of Fidelio, the melody is one of the utmost "popular" simplicity. By using such simple material and weaving it into higher and higher orders of complexity spanning the entire universe of human    thought and feeling, Beethoven unfolded the message of human redemption which is implicit throughout Schiller's "Ode to Joy", and carries us, together with the cherub at the climax of the finale, until we "stand before God". 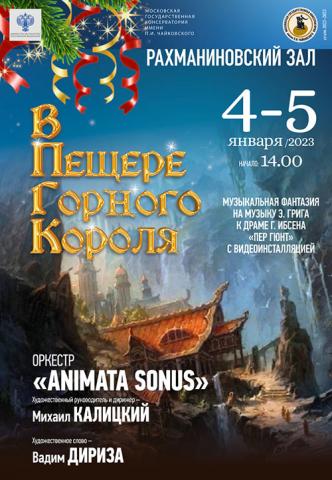