The English novelist and playwright Matthew Gregory Lewis (1775-1818), known as Monk Lewis, a popular writer during the early 19th century, is remembered today only as the author of a Gothic novel, "The Monk."

Matthew G. Lewis was born in London on July 9, 1775. His wealthy and influential father, who became England's deputy secretary at war, intended him for a diplomatic career. Lewis was sent to Westminster School at the age of 8 and to Christ Church, Oxford, at the age of 15. He spent the summer of 1791 in Paris and the fall and winter of 1792-1793 in Germany, where he learned to speak German fluently and met Johann Wolfgang von Goethe. After Lewis received his bachelor of arts degree in 1794, he became an attaché to the British embassy at The Hague for 7 months. His mother, who had permanently separated from his father in 1791, had encouraged her son's desire to become a professional writer. From the age of 14 he had been "scribbling Novels and Plays."

In 1792 Lewis completed The East Indian and in 1794 The Twins, two plays that were performed several years later. More importantly, while in Holland, he wrote "in the space of ten weeks" Ambrosio, or the Monk, a Gothic novel of ghosts, murders, and ravished maidens. When the novel appeared in 1796, it was an immediate best seller. At the age of 20, "Monk" Lewis, as he was henceforth known, found himself famous and welcomed into high society. But a number of critics, led by Samuel Taylor Coleridge in the Critical Review, attacked The Monk as blasphemous and obscene. As a result, Lewis never entirely escaped a reputation of being a licentious man.

From 1796 through 1802 Lewis served indifferently as a member of the House of Commons and continued to direct his energy into professional writing. From 1796 to 1812, 18 of his dramas were published or produced at London theaters. The first-produced and most successful was The Castle Spectre, a Gothic drama of ghosts, castles, and murders. Though none of these plays retains any interest today, they established Lewis as the leading popular playwright of his age.

Lewis was also busy with other literary activities. Between 1797 and 1806 he published translations of two German romances and two plays, the most important of which was Friedrich von Schiller's drama Kabale und Liebe.

In 1801 Lewis published Tales of Wonder, a collection of 60 poetic ballads of the supernatural, including 9 by Lewis and 5 by Walter Scott. Lewis also wrote a number of songs, many for inclusion in his plays. The best of these he published as Twelve Ballads in 1808. The last volume Lewis brought out was Poems, a small selection of his lyric poetry published in 1812. The death of Lewis's father in 1812 left him a rich man and ended his professional career.

On Jan. 1, 1816, Lewis landed in Jamaica to inspect and to improve the situation of the slaves on the large estates he had inherited there. In August of that year, he visited Lord Byron and Percy Bysshe Shelley in Geneva, where he translated Goethe's Faust aloud to Byron. Lewis spent the next 14 months traveling in Italy, then sailed again for Jamaica in November 1817. During the return voyage to England, he died of yellow fever on May 16, 1818, and was buried at sea. The posthumous publication of Lewis's Journal of a West Indian Proprietor in 1834 revealed, in its accurate and lively description of the real world, a new dimension of his talent. 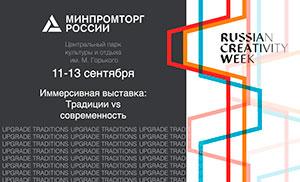